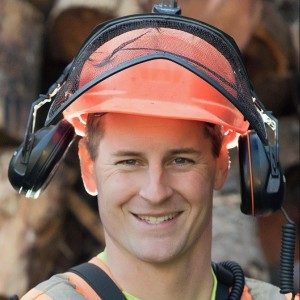 Tree stump removal can be tricky at the best of times and labour-intensive at the worst of times. So is there anything to be done to make it easier to deal with these troublesome tree remains?

Quick methods for removing stumps include digging, grinding and even burning them out. These are tried and true techniques, and while they come with their own unique challenges, they’re the most efficient and natural ways to get rid of a pesky stump.

It’s easier to dig out a stump if you kill the tree roots first. However, it’s important to use caution when applying treatments as they have a ripple impact on the surrounding environment. Here are three options to consider.

Salt acts as a weed killer because it draws moisture away from the tree roots, creating a drought. To use epsom salt to expedite tree stump removal, begin by drilling holes into the stump. When you’ve drilled as many holes as you can, fill them with epsom salt and top up the holes with water. To prevent rain from washing the salt formula away, wrap the trunk with a tarp.

Over the next four weeks or so, the solution will do its work and draw the moisture out from the roots, allowing you to “easily” pry out the tree stump and remove it.

Vinegar acts as a homemade herbicide and is both organic and effective at killing tree roots, although it takes several applications. Simply fill a spray bottle with undiluted white vinegar and spray a generous amount of vinegar on the tree stump and roots. Make sure it’s not raining so the vinegar isn’t washed away before it has had a chance to work. And it will work…eventually.

While there are many chemicals that would kill tree roots, most will cause damage to adjacent plants and could even harm people and animals. Before committing to using a chemical herbicide on a tree stump, make sure it’s environmentally friendly and safe to use. Always read the label and follow directions.

Many places recommend using the systemic herbicide glyphosate, which is one of the most widely-used herbicides in North America. However, its use is controversial and Health Canada regulates its use to protect our health as well as the environment. A systemic herbicide enters the plant and kills it down to the root, which is why it’s so effective.

If you’d rather not use glyphosate, triclopyr is another option. This organic compound is often used in herbicides and fungicides, and effective on stumps. While it’s still a systemic herbicide, it kills only non-grassy plants (versus glyphosate, which kills all plants).

Of course if you’d rather not put in the effort and don’t mind leaving the stump for a while, then allowing it to naturally decompose over time will also work. But if you want the stump gone YESTERDAY and decide DIY just isn’t worth it, request a quote for tree stump removal. We’re experts at removing unwanted tree stumps and have the experience and equipment to get the job done efficiently, leaving your yard even more ridiculously good looking.