An important task in logging, tree felling in the Comox Valley is handled by professional fellers. Also known as Supertreeroes.

The term “fell” is an Old English word meaning something that has been caused to fall. So a felled tree is one that has been purposefully cut down.

What is tree felling?

Tree felling is when a tree is removed in one piece using falling cuts from the base.

Tree felling in Courtenay, Comox and Cumberland has a long, proud history in the surrounding forests, and many local residents are employed in tree felling and harvesting-related activities.

Trees, of course, are often felled for their timber. In British Columbia, hand fellers are world-renowned for their skill and hard work ethic.

The biggest tree we’ve ever felled

The biggest tree we’ve ever had to remove was an old-growth fir on Cortes Island. After about a foot of bark was removed, it measured seven feet at the base. SEVEN FEET.

It was a tough decision to remove such a remarkable tree, as it was an estimated 800 years old. However, after our tree assessment we felt it was the correct course of action from both a public safety and BC Hydro system reliability standpoint.

Here’s what we found:

Sadly, the tree assessment indicated total removal as the most prudent course of action. We began by clearing a small diameter of trees from the large tree’s intended fall path.

After this we installed a rope for directional control during felling. The tree diameter was too large to throw the rope around so we had to notch the bark and drape the rope around the trunk, booming around from both sides to be able to tie the rope to the tree.

The pull rope was then redirected from a block to the 18,000 pound hydraulic winch on the front of our bucket truck, which helped us pull the tree over. It was a successful removal, although the dust did take a while to settle.

Want to learn more about tree felling in the Comox Valley?

Contact us today with your questions about our professional tree removal services, or to request a free site assessment or estimate. 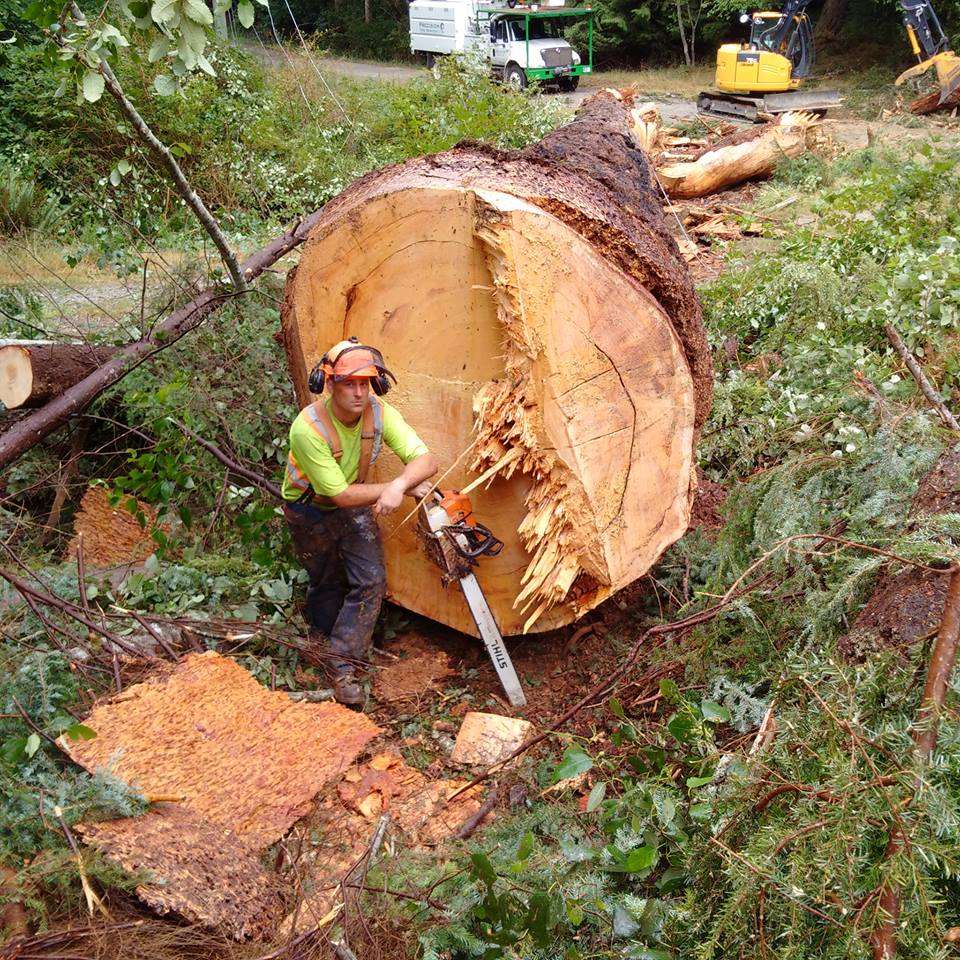